I have some good friends Daniel and Zehan own LATTEnTE cafe in Palermo, Buenos Aires. On the 8th of March we organised a Latte Art event in collaboration with LATTEnTE and SOG. I stole the concept from an event in Melbourne where Market Lane cafe organised a latte art event in aid of the Japanese Tsunami. We had a camera man filming and projected the video live onto two TV screens in the cafe so that the latte art could be seen by all people present. The cafe isn’t the largest cafe in the world so we put one of the TV screens in the window facing the street for the crowds outside to watch.

We had sixteen competitors and therefore two heats, a semi final and a final. Two competitors would compete at a time, the winner progressed and the loser was eliminated. After each round we auctioned off the coffees with all of the profits going to SOG. We also had a few raffles, and sold some treats that had come from Zehan’s new Indonesian restaurant. There is a bit of a new wave coffee culture thing going on here in Buenos Aires and it was great to see baristas from different businesses joining in on the fun. It was quite fitting that the 8th of March was international women’s day and there were two women in the final.

We were stoked about how the day went. We spread the word of SOG, raised enough money for over 500 meals for kids, LATTEnTE got some good promotion and everyone present got to see the skills of the baristas working around Buenos Aires. Our good friend Caoimhe from Ireland was our MC and made the event flow and kept the crowd happy with a few jokes!

All in all, a good day out and it has set the scene for future events here in Buenos Aires. 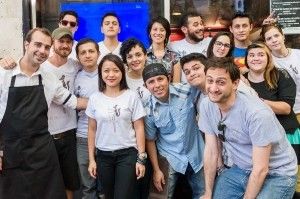 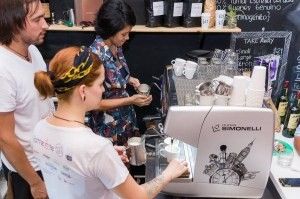 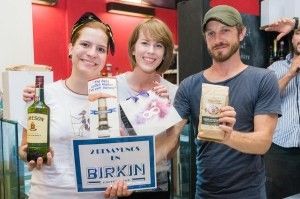