My good friend Sonam and I have been making the garden over the last couple of weeks. Sonam flew out here from Melbourne specifically for this project. He did some fundraising of his own to finance this garden venture so we had enough money to buy all of the necessary equipment and resources to make it happen. So, in essence, we owe you one you good buggar!

I don’t really have much gardening experience apart from eating an assortment of vegetables from my parents garden in New Zealand. What I can say is that their tomatoes alone could drive any person to want to grow their own fruit and vegetables. So, with the help of Sonam this will be my first attempt at a garden

So Sonam is Mr Miyagi and I am the apprentice, Daniel san. The beautiful thing about what I am learning from Mr Miyagi is that most of this garden business is common sense. Of course I wouldn’t be able to do it without him but here are a few examples. Put two of the same fruit trees beside each other so they can cross pollinate, place layers of organic waste, horse manure, dirt and hay as a big juicy mixture that plants will easily grow in, place the hay on top so that it takes all the heat from the sun and dries out but keeps the moisture underneath for a healthy worm habitat. Once someone has pointed out these things then it doesn’t seem like rocket science. We have only really completed phase one. I’d say the hard part will come when we have plants in it and have to maintain them.

I am truly loving this opportunity to work along side a smart guy like Sonam. He has a wealth of knowledge and also the all important ‘hands on’ experience of having done this before. We took the kids on a little trip to see the garden at the initial stages of the process. The garden is located 10 blocks from Food for Thought. We showed them the plot when we had done nothing to it. It was important for the kids to see the land at this point so they could grasp the concept of first preparing the land, and then all of the steps that follow. They have to know that vegetables don’t just turn up in boxes at the veggie shop, and there is a big process that goes on before the fruit and veggies are ready to eat.

Construction-wise, we made a chicken coup, a fence to keep the dogs out, a 3 phase compost system, and erected a shade cloth to propagate seeds underneath. The chicken coup took about a week to build but to be honest these chickens will be living in five star accommodation. I was almost considering living in it!

The land only had about 10cm of good top soil so rather than trying to scavenge what little soil there was, we decided to build up to make a healthy base. We cut the grass and weeds and placed a layer of old cardboard over the whole garden area. This smothers the grass and weeds so they don’t make a nuisance of themselves. On top of the cardboard we put layers of organic matter (old veggies from a local market), horse manure and hay. Now we are leaving it all to stew. In about 6 weeks we should have a great mulch to plant into. 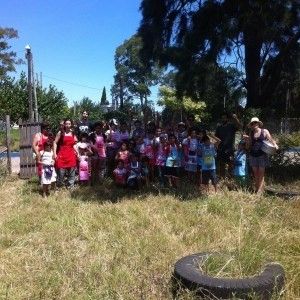 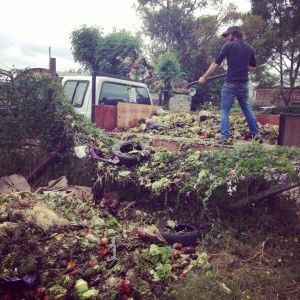 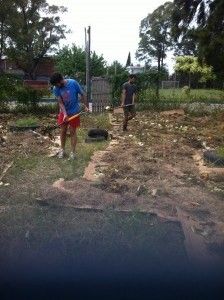 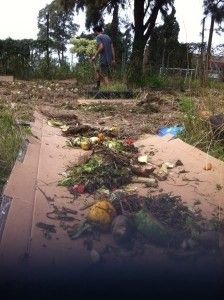 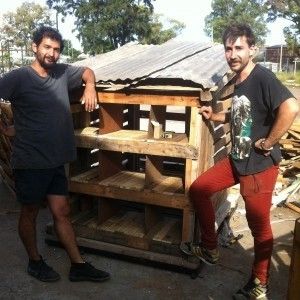 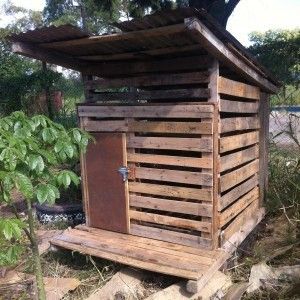 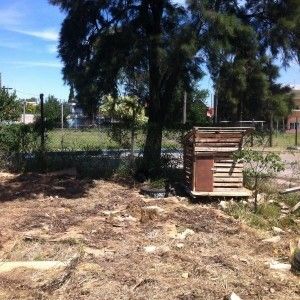 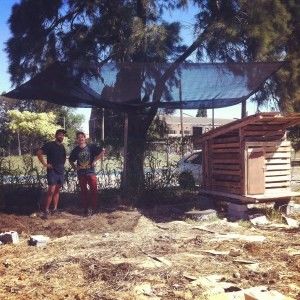 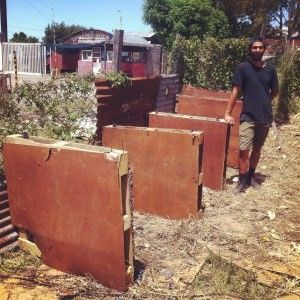 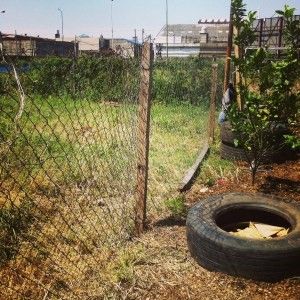 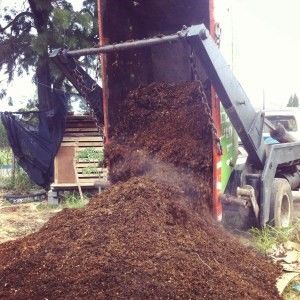 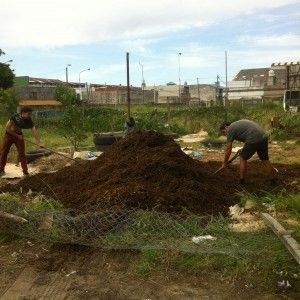 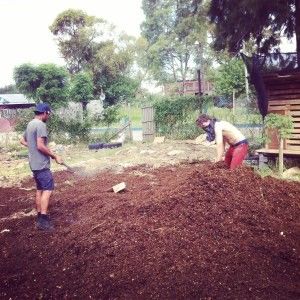 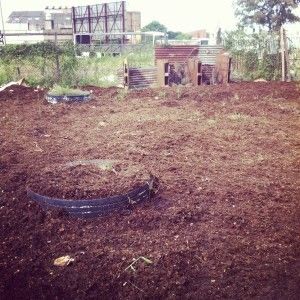 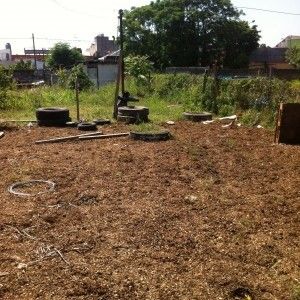 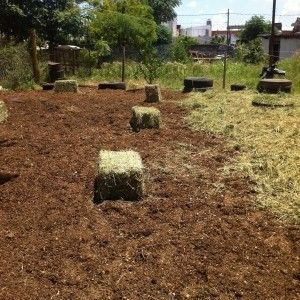 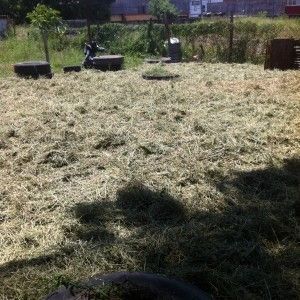